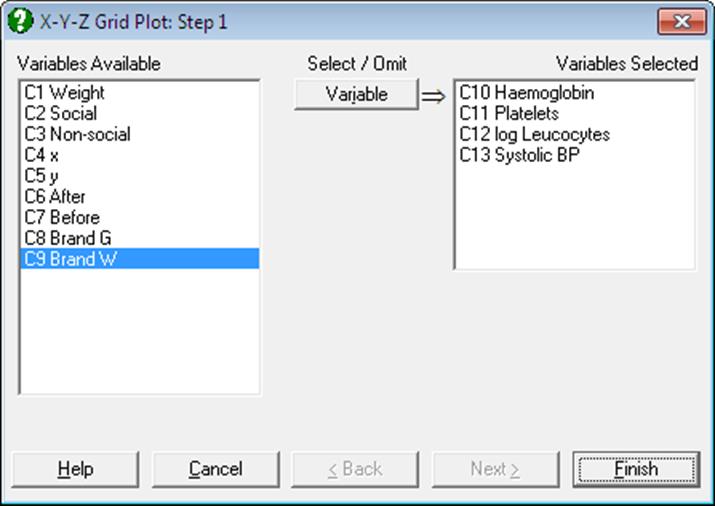 An unlimited number of data columns may be selected by clicking on [Variable]. Surface, bar and point graphs can be drawn. Data must be readily produced in the form of a regular grid. This procedure assumes that the elements of the grid are the Z axis values obtained from a function F(x,y) by means of evaluating it at regular X and Y intervals. The grid is assumed to be placed in the data matrix such that columns correspond to values of the Y variable and rows correspond to values of the X variable. For instance, the cell (5,2) of the data block must contain the value F(x(5),y(2)), i.e. value of the bivariate function evaluated at the fifth step of the X variable and the second step of the Y variable. 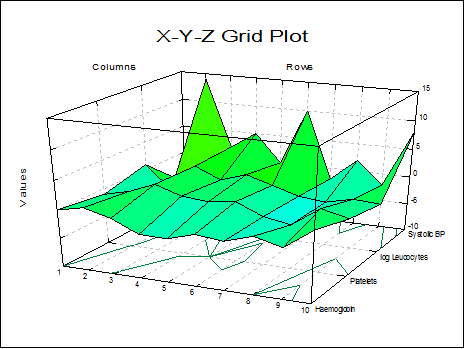 Missing Values: Any polygons with at least one missing data vertex value will be considered as missing.

Unequal Column Lengths: Columns with different lengths can be selected. Any polygons with at least one no data vertex value will be considered as missing.

This procedure is intended for three-dimensional plotting of data points. If you want to plot an explicit function of two variables F(x,y) this can be done in the Plot of 3D Functions procedure more easily, without having to generate a grid first.

The Edit → Plot Type dialogue provides access to various aspects of the plot. The Type drop-down list is used to set the following three plot types:

Surface Plot: A polygon is drawn for every four neighbouring grid elements. Plotting starts from the far end of the cube so that the most recently drawn surfaces are nearest to the view point. Polygons with one or more missing values will not be drawn. It must be remembered that n grid columns will produce n – 1 polygon rows.

Bar Plot: A three-dimensional bar is drawn for each grid element. The missing elements are not drawn. 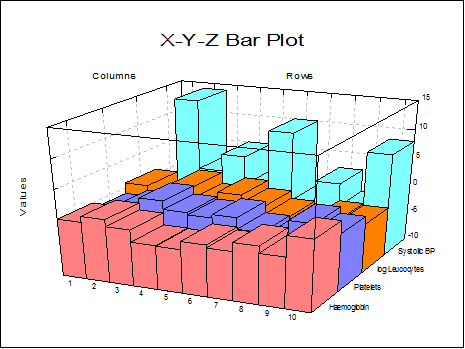 Point Plot: A circle symbol is drawn for each grid element and it is connected with the base plane by a vertical line. It is advisable to plot large grids in point form first in order to get some idea of the nature of the data. When the base plane happens to lie above some grid elements, these elements will be connected to the plane by vertical lines pointing upward. 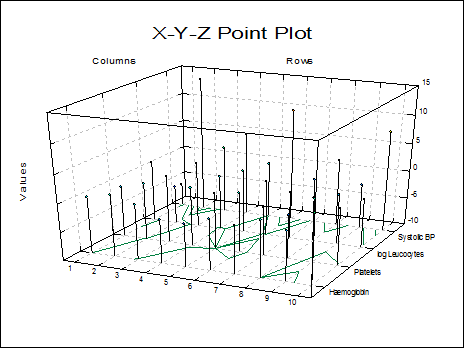