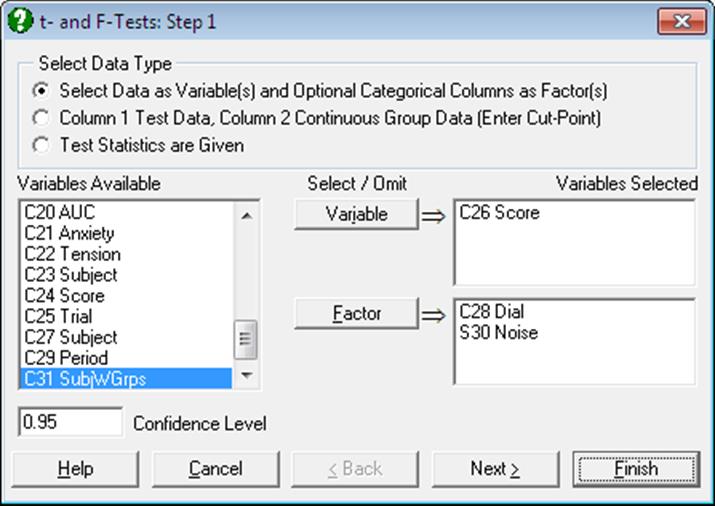 1)   Select Data as Variable(s) and Optional Categorical Columns as Factor(s): Data in spreadsheet columns or categorical data can be analysed under this option.

a)      Samples are in separate columns: If no [Factor]s and at least two [Variable]s are selected, then the program will perform the test on all possible pairs of columns, which do not need to have the same length.

b)      At least one factor and one variable are selected: The optional [Factor] columns can contain numeric or String Data, but should have a limited number of distinct values. In this case, a further dialogue will pop up, displaying a check list of all combinations of levels in the selected factors. There will also be a check box Run a separate analysis for each option selected, which is used to determine whether the variables or factors will have the priority in the display of output. 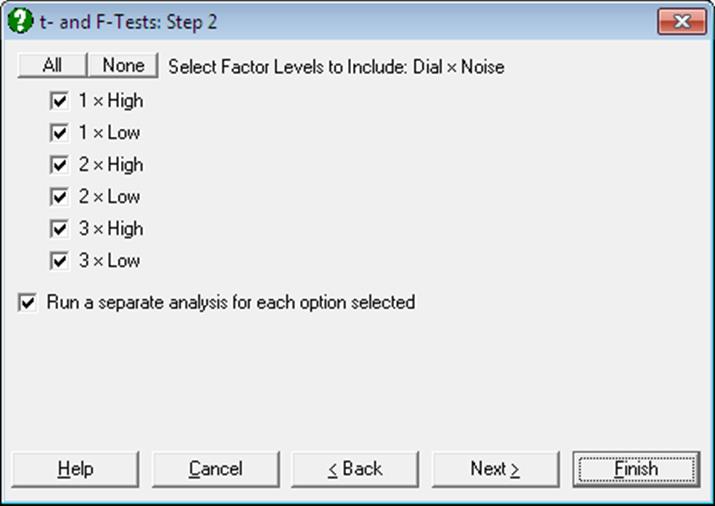 At least one factor and two variables are selected and Run a separate analysis for each option selected is checked: The program will perform tests on all possible pairs of variables, and the tests will be repeated for each level (or combinations of levels) checked in the second dialogue. The selected columns should have the same length.

For instance, if two variables and one factor containing three levels are selected, three check boxes will be displayed representing each level. The test will be performed between the two variables, for only those rows containing the selected level of the factor column (the inner loop). There will be as many tests as the number of levels selected (the outer loop).

At least one factor and one variable are selected and Run a separate analysis for each option selected is unchecked: The program will perform tests on all possible pairs of factor levels (or combinations of levels) and the tests will be repeated for each variable. The selected columns should have the same length.

For instance, if one variable and one factor containing three levels is selected and all are checked, then the test will be performed three times (n(n – 1)/2) for each possible pair of factor levels, 1 – 2, 1 – 3 and 2 – 3. If there are two factors selected, say one having two levels and the other three, then the list will contain six check boxes, 1 x 1, 1 x 2, 1 x 3, 2 x 1, 2 x 2, 2 x 3. Suppose only the boxes 1 x 2 and 2 x 2 are checked. Then the test will be performed between those rows of the data variable containing 1 in the first factor column and 2 in the second versus those contain 2 in the first and 2 in the second. If more than one variables are selected, the same factor selections (the inner loop) will apply to all variables (the outer loop). 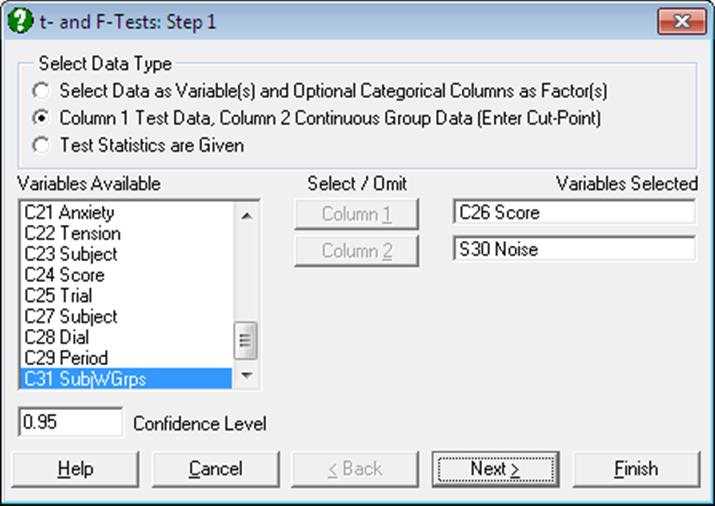 The next dialogue asks for a cut-point, i.e. the number which will separate the criterion column into two groups. All observations less than the cut-point (i.e. excluding it) will be considered as sample 1 and all those greater than or equal to the cut-point (i.e. including it) will be considered as sample 2, without actually replacing the numbers in the second column. The string variables are separated according to their lexicographic ordering. 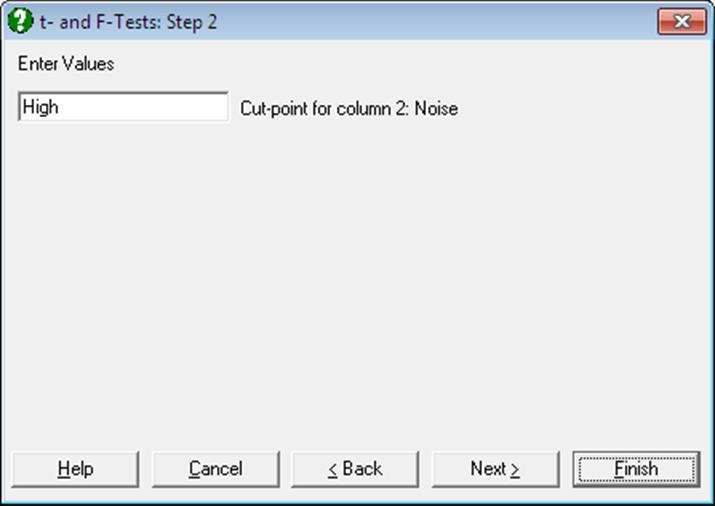 This information will then be used to separate the corresponding values of the first column into two groups. For any grouping criterion more complex than this, use Data Processor’s Data → Recode Column procedure to convert continuous data columns into factor columns. The number of cases falling within each sample and their basic statistics (such as mean, standard deviation) can be displayed as part of output.

3)   Test Statistics are Given: This data option is particularly useful when the raw data is not available but its parameters are known. You are expected to enter all parameters necessary for the test. For example, in t- and F-Tests, the relevant parameters are size, mean and standard deviation for the two samples. 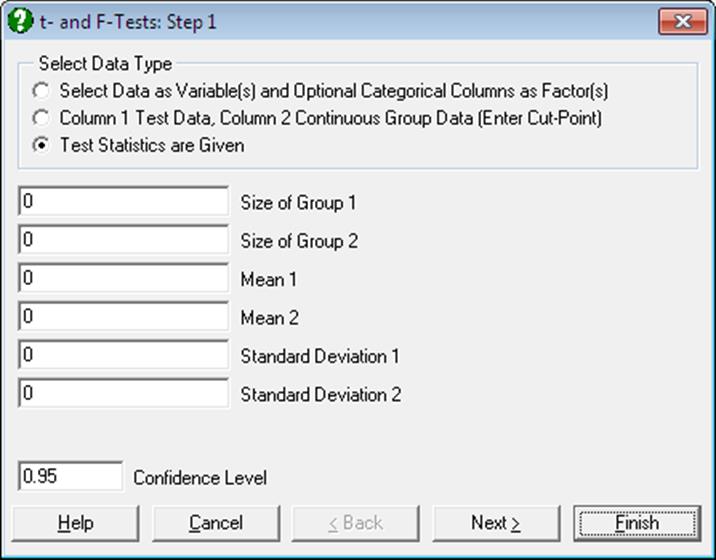