Reliability Analysis is used to create a measurement scale for a number of variables none of which is representative of the complete group on their own. A number of reliability coefficients are computed to construct the sum scales.

The assessment of scale reliability is based on the correlation between the individual items or measurements that make up the scale, relative to the variances of the items. 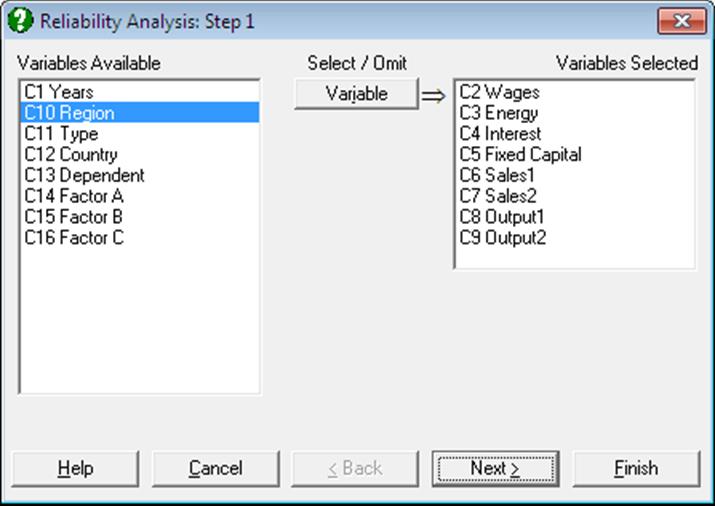 The columns containing the items are selected by clicking on [Variable]. Any rows containing one or more missing values are removed from the analysis. 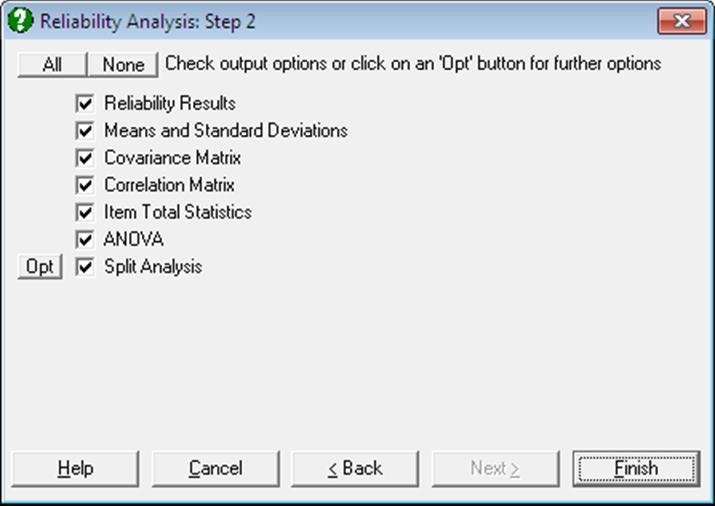 Reliability Results: The output will display summary information about the sum scale and the items. It will also display the Cronbach’s alpha statistic.

Means and Standard Deviations: The mean and standard deviation of each item is displayed.

Covariance Matrix: The covariance between the items is displayed.

Correlation Matrix: The correlation between the items is displayed.

Split Analysis: The items are split into two groups. Select the items for group one by clicking on [Group 1]. The remaining items are placed in group two. If the sum scale is reliable, the two groups should be highly correlated. Split analysis calculates sum scale statistics for both groups and the correlation between the two groups. 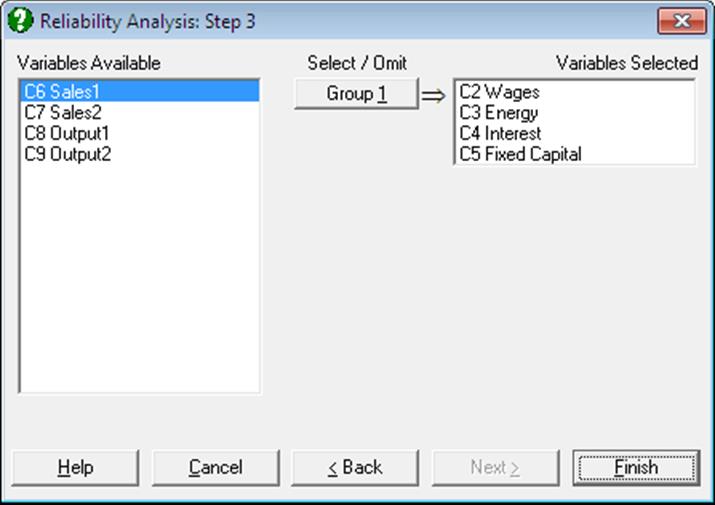 Open DEMODATA, select Statistics 2 → Reliability Analysis and select Wages to Fixed Capital (C2 to C5), Output 1 and Output 2 (C8 and C9) as [Variable]s. Select all the output options to obtain the following results.

values if the item is deleted from the scale.