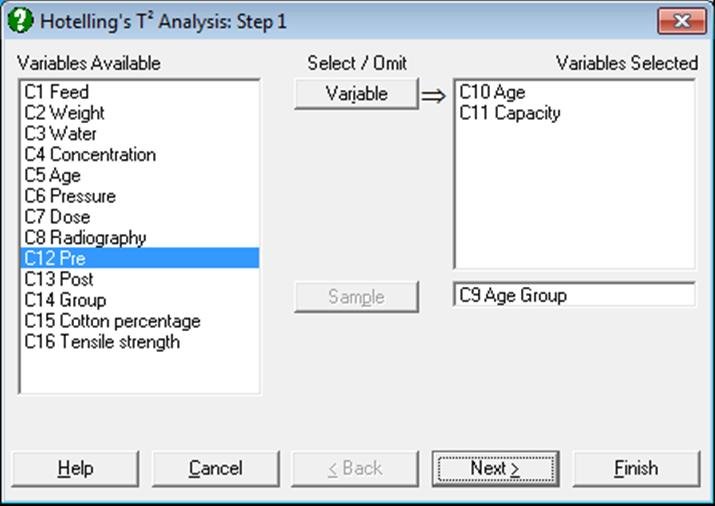 To run this procedure, you will need to select two or more variables by clicking on [Variable] and one [Sample] column for subgroups. 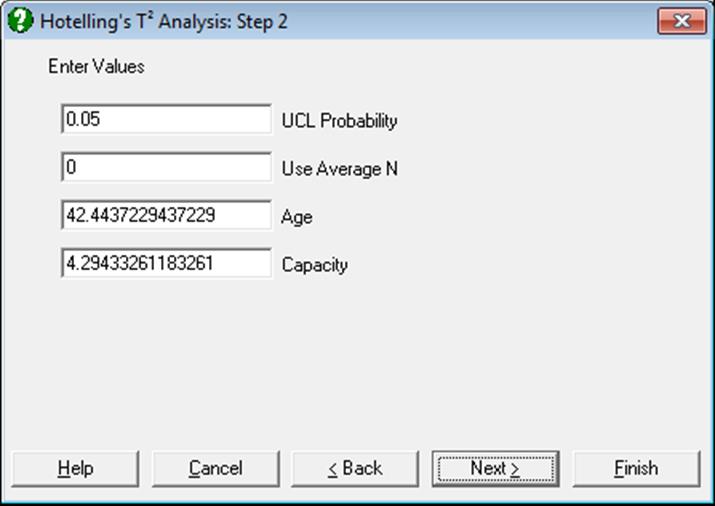 The parameter input dialogue asks for the following:

Use Average N: If this is 1 then the average sample size will be used to determine the critical value for each sample. This will mean that the UCL will be a straight line. Otherwise, if the samples have different sample sizes, then the UCL will vary from sample to sample.

Variable n: You can enter a target level for each variable selected. The default value suggested is the sample mean of each variable. 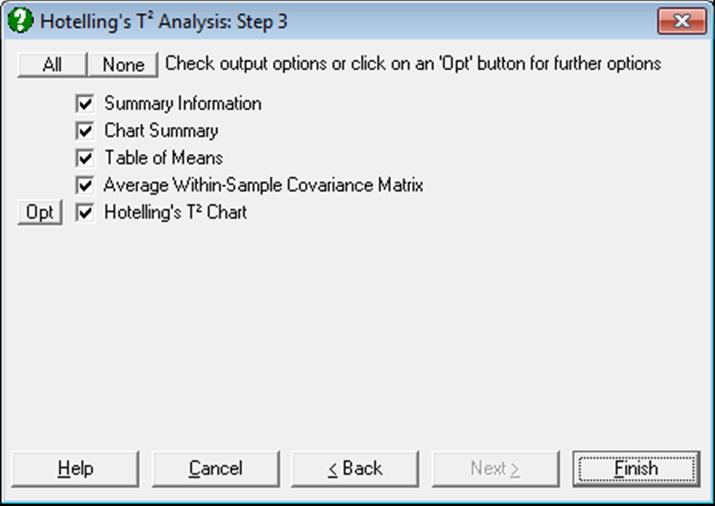 Chart Summary: For each sample, the sample size, Hotelling’s T-Squared statistic and the UCL are displayed in a table.

Table of Means: For each sample, the sample means of all variables are displayed in a table.

F-Statistic with (2, N-2) Degrees of Freedom 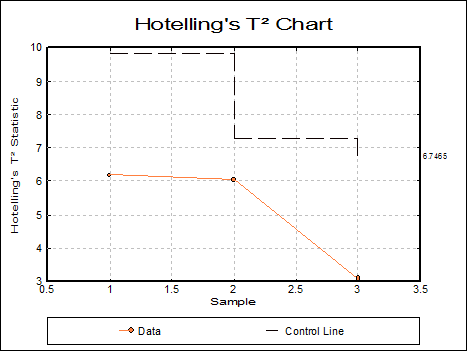