Partial correlation is used to obtain the linear correlation between two variables after the effects of some other variables are filtered out. The latter are referred to as control variables or covariates. The number of covariates included gives the order of partial correlation. Here only the formula for a first order coefficient will be given as higher levels quickly get complicated:

where i and j are the indices for variables to be correlated and k is for the covariate. All correlation coefficients on the right hand side of the equation are zero order Pearson Product Moment Correlation. 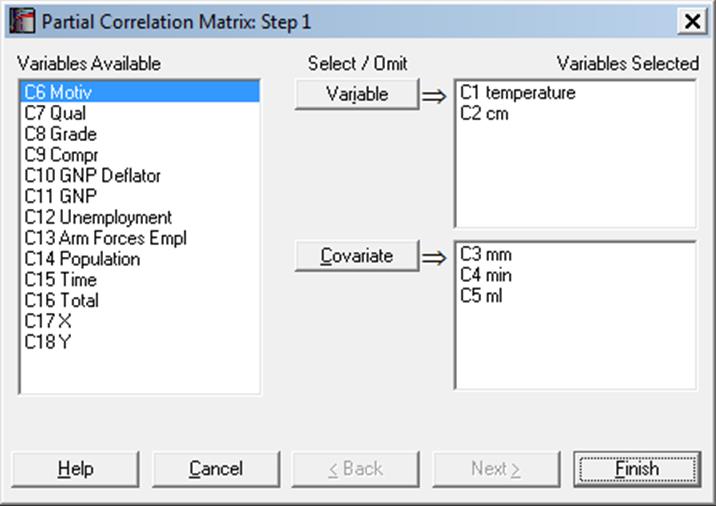 As of this version of UNISTAT, we have introduced a new regression based algorithm in calculating the partial correlations. Now it is possible to select an unlimited number of columns to be correlated or to be used as covariates. Missing values are handled for each correlation separately, i.e. any cases containing a missing value in the two variables correlated or in any selected covariates are omitted. Also, we now display the degrees of freedom rather than the number of cases in the output.