This is, in a sense, the reverse of other multivariate methods. Instead of computing dissimilarities from raw data, Multidimensional Scaling (or MDS analysis) attempts to reconstruct the coordinates of points from a given dissimilarity matrix. A typical example is to reconstruct the locations of cities in a country from a given mileage chart. In general, Multidimensional Scaling methods will provide a satisfactory reconstruction of a map, except their orientation (rotation and reflection) and scaling.

A linear classical analysis should be performed before an ordinal one. The program will do this automatically, even if only the ordinal option is selected. It is, however, possible to obtain the classical and ordinal analysis results separately in two different Output Options Dialogues. 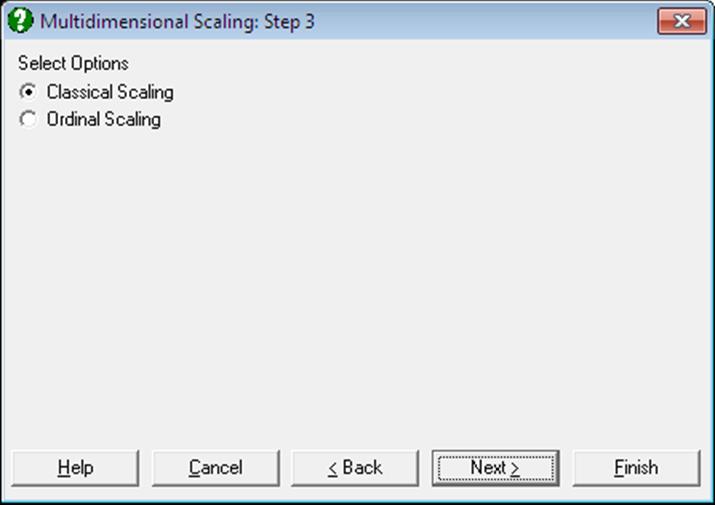 The Classical Multidimensional Scaling method was developed by Torgerson, W. S. (1958). It is a slight variation of principle components analysis and is also referred to as principle coordinates analysis.

First the proximity data is normalised and the normalised elements are squared:

Then a scalar products matrix is formed:

The classical scaling Output Options Dialogue displays a table and a graph. 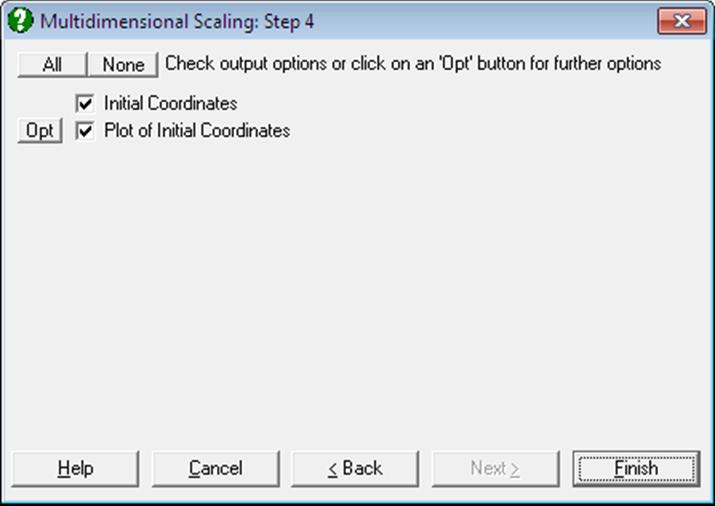 Initial Coordinates: Eigenvectors of [bij], multiplied by the square root of the corresponding eigenvalues constitute the initial coordinates.

Plot of Initial Coordinates: A 2D plot of the initial coordinates is displayed. 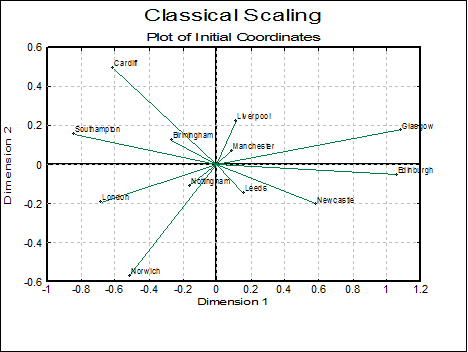 In reality, a dissimilarity matrix is never an exact measure of the Euclidian distance between the points it represents. The general problem is better described in terms of the relative positions of points rather than their exact distances. For this purpose, the ordinal scaling methods rank distances in the original dissimilarity matrix and aim at obtaining coordinates of points whose ranked distances are the same as that of the original data. 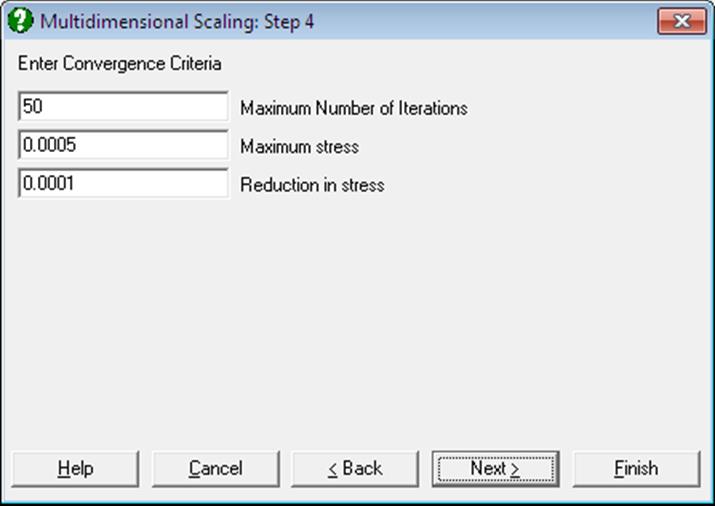 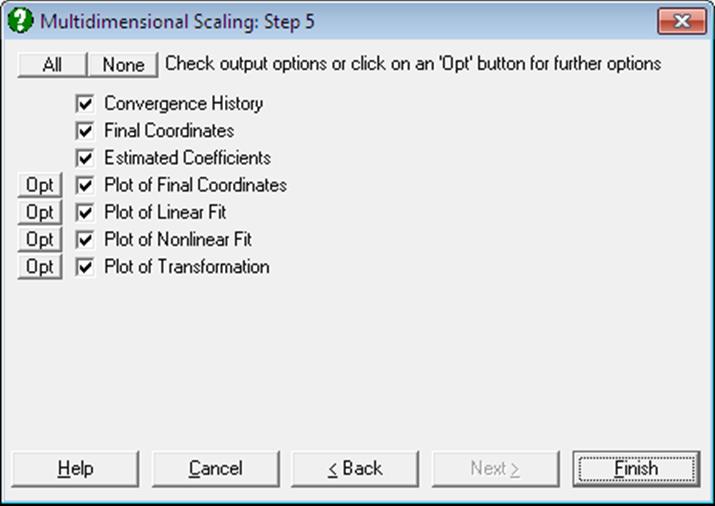 Convergence History: The stress and reduction in stress values are displayed for each iteration. The reason for stopping iterations is also displayed.

Final Coordinates: The coordinates, when the iterations have been stopped, are displayed

Plot of Final Coordinates: Final coordinates are plotted in 2D.

Plots of Linear Fit, Nonlinear Fit and Transformation: A scatter graph is plotted for each pair of the last three columns of the Estimated Coefficients table.

The file UKCITIES contains a matrix which gives the distance (in miles) between twelve cities in the UK. This data is used to calculate a map showing the position of these cities relative to each other.

Open UKCITIES, select Statistics 2 → Multidimensional Scaling and select from Birmingham to Southampton (C1 to C12) as [Variable]s. Leave the default options on the second dialogue and then select the Classical Scaling option. Then select Plot of Initial Coordinates from the output dialogue and Dimension 2 as [X-Axis] and Dimension 1 as [Y-Axis].

The resulting map shows the calculated position of the twelve cities. This is actually a reflection (see 8.3. Multidimensional Scaling) down the y-axis of the true position of these cities, since Manchester is actually to the west of Leeds in the UK.

Continuing from the last example, click on the [Last Procedure Dialogue] button. Then click [Back] and select Ordinal Scaling. Accept the default values on the next two dialogues. The Estimated Coefficients table below is truncated to save space. 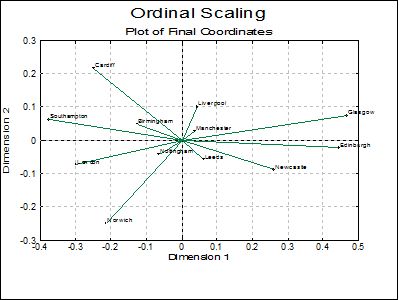 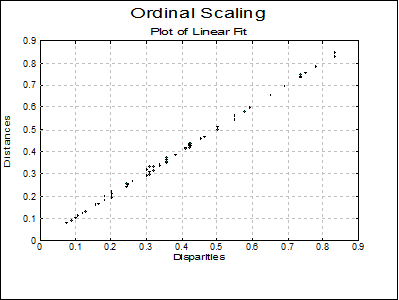 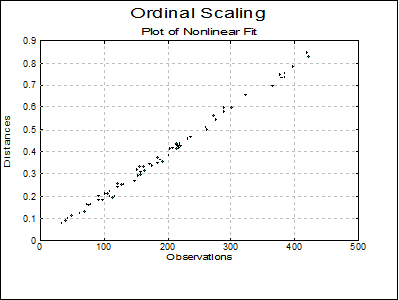 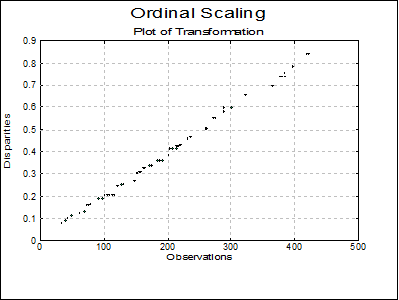