This is a single-entry probability calculator, which accepts one critical value input at a time. If you have a large number of critical values and their corresponding parameter values already entered into spreadsheet columns, then use the Probabilities and Critical Values procedure. 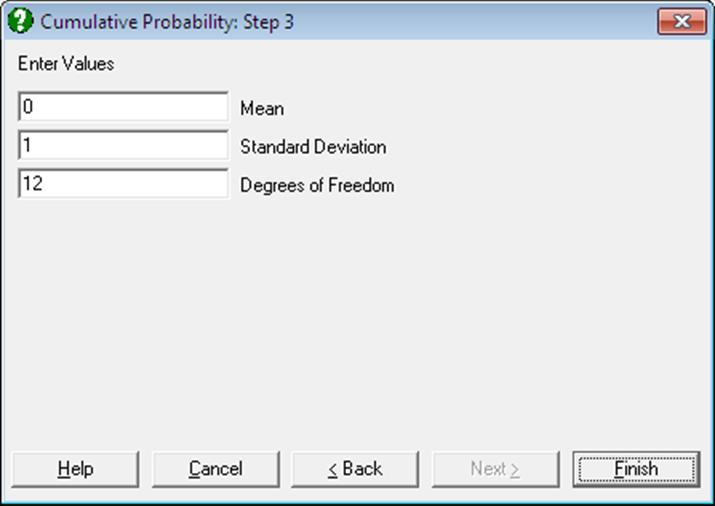 The program stores the parameters entered for each distribution function. These numbers are suggested for entry when the same distribution is subsequently called either for cumulative probabilities or for critical values.

Select Statistics 1 → Distribution Functions → Cumulative Probability and from the list of distributions, Normal. At the next dialogue enter 1.96 for the critical value and enter 0 and 1 for the mean and standard deviation at the next: