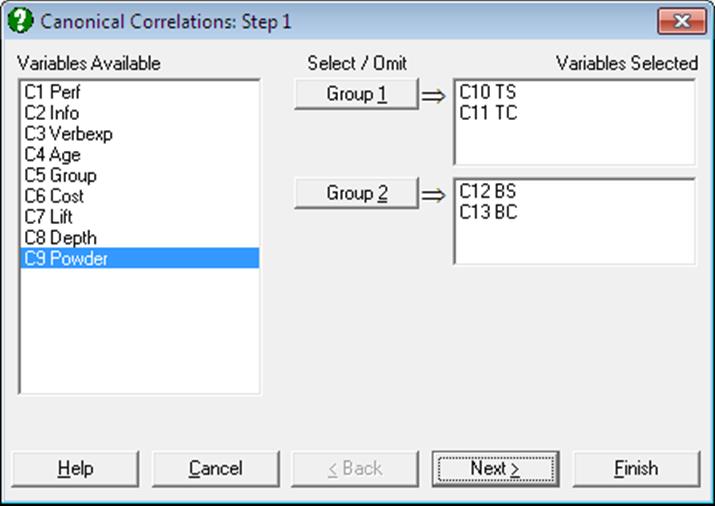 Select the data columns belonging to two groups by clicking on [Group 1] and [Group 2] from the Variable Selection Dialogue. Although the number of variables in two groups need not necessarily be the same, the number of correlations computed will be the smaller of the two group sizes. 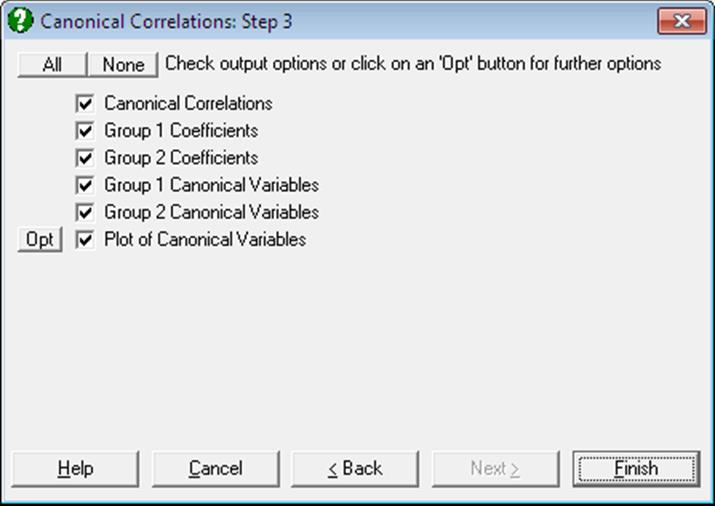 The following output options are provided.

Canonical Correlations: These are simply the square roots of eigenvalues. Wilks’ Lambda is computed as follows.

Transformation Coefficients: These are the multipliers transforming the original variables into two sets of linear combinations (Canonical Variables). 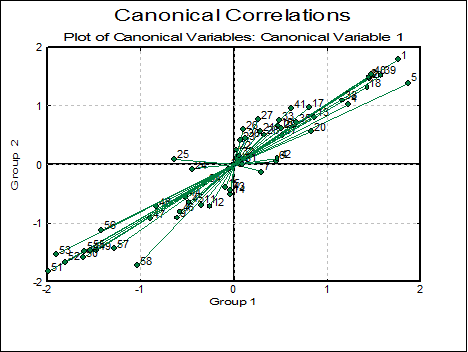 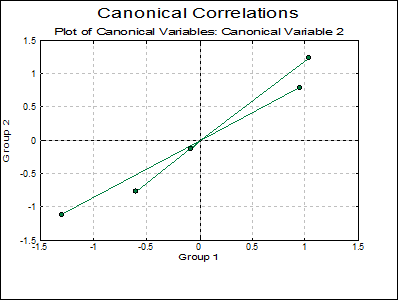