This is an implementation of the cylinder-plate assay defined in United States Pharmacopoeia (2010) Chapter <81> Antibiotics-Microbial Assays, which is widely known as the 5+1 assay. Thanks to its flexible data entry method, UNISTAT can cater for many different types of data configuration. See examples 1 and 2 below. 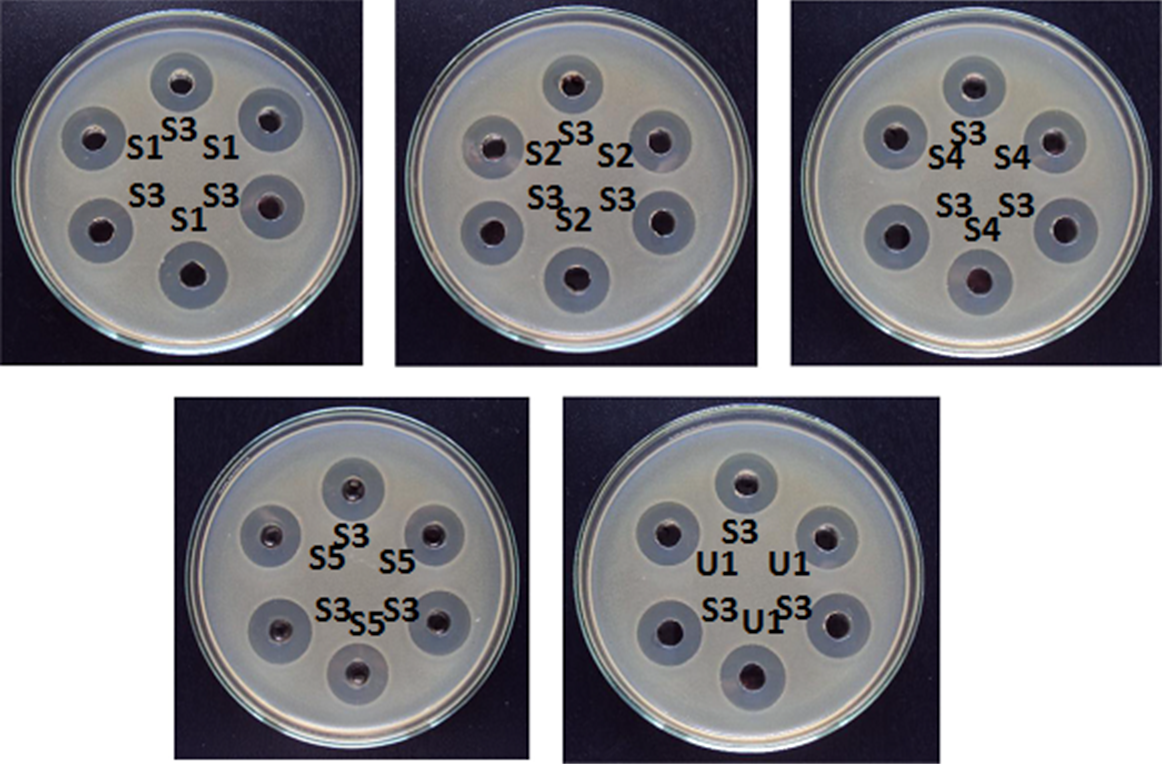 This table shows the dose configuration of a 5+1 design with two test preparations, which constitutes one replicate.

This data is entered into a spreadsheet for analysis with UNISTAT as in the following table, where Rows and Columns variables refer to the rows (Plates) and columns (Wells) of the above table. The Response and Dose variables are numeric and Rows and Columns are alphanumeric. Ordering of the plates and replicates is not significant, as long as the rows of the table are kept intact. The odd column numbers should always correspond to the median standard concentration of S3. The Replicates column here is for reference only and is not required as a variable in the analysis.

UNISTAT first calculates the corrected means and related statistics as described in Table 13 of US Pharmacopoeia (2010) Chapter <81> and displays this information in the output. The corrected means are then analysed using the Parallel Line Method. Because 5+1 assays will always have a zero residual degree of freedom, fiducial confidence limits of the estimated potency is based on the linearity sum of squares and degrees of freedom. Note that USP does not report confidence limits of the estimated potency.

It is also possible to run multiple 5+1 assays and to combine their results in a single run. See section 10.0.4. Multiple Assays with Combination. 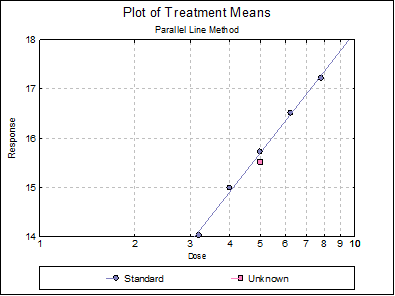 Consider the following fictitious data set consisting of five doses of standard and one of unknown. There are 9 replicates.

Irrespective of their actual locations on the plates this data can be entered into UNISTAT as in the example file SPECIFICASSAYS columns C7 to C11. Note that the odd numbered columns contain S3 and even numbered columns other doses. Values of the Rows variable correspond to distinct dose levels. Also, to take 10-based logarithm of dose values (instead of natural logarithm, which is the default) you can enter the following line:

under the [Bioassay] section of this file: 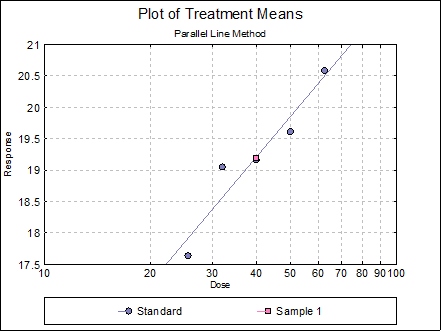